Tíz férfi áll bíróság elé.
My first Wiki Indaba was held in 2022 at Kigali, Rwanda. I had planned, for almost a year, to be on-site at this event. It… December 2022 GovCMS Mega Meetup It was fantastic to be part of the December 2022 GovCMS Mega Meetup, the first in-person GovCMS event for 3 years. It was a great community turnout, and attendees were clearly very engaged.  John Sheridan kicked the day off by announcing a major milestone…over a billion page views hit since GovCMS was launched 2015.  Next, Sharyn Clarkson took to the stage and presented on the ‘great spike’, showing attendees stats on some of the traffic GovCMS sites had during the pandemic. She focused most of her presentation on the GovCMS Roadmap.  Two of the major points on the roadmap are: Rules as Code (RaC)  CivicTheme for GovCMS  RaC is a space we’ve actively been working in over the past year or so.  We were particularly thrilled to have CivicTheme highlighted.
RUBYCADEMY CARD 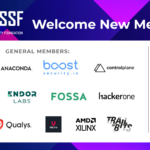 Ars Technica: Guess what has happened! Łukasz Siewierski, a member of Google’s Android Security Team, has a post on the Android Partner Vulnerability Initiative (AVPI) issue tracker detailing leaked platform certificate keys that are actively being used to sign malware. The post is just a list of the keys, but running each one through APKMirror or Google’s VirusTotal site will put names to some of the compromised keys: Samsung, LG, and Mediatek are the heavy hitters on the list of leaked keys, along with some smaller OEMs like Revoview and Szroco, which makes Walmart’s Onn tablets. These companies somehow had their signing keys leaked to outsiders, and now you can’t trust that apps that claim to be from these companies are really from them. To make matters worse, the “platform certificate keys” that they lost have some serious permissions. I tend to not really focus on security issues, because more often than not they amount to baseless scaremongering for clicks (or worse, to scare people into buying antivirus software), but this one seems possibly serious enough to warrant attention. I’m just not entirely sure how bad this can actually turn out to be, and the vague statements from Samsung, Google, and other sure aren’t helping in cleaning up the confusion.

Video by via Dailymotion Source Huggy Wuggy finds an injured Kissy Missy at the sea shore He wants to bring her back to life and begs his former love, the Squid Game Doll, to help. She agrees, but instead of helping, she turns Kissy Missy into a crazy creature. Huggy Wuggy doesn’t know about the…